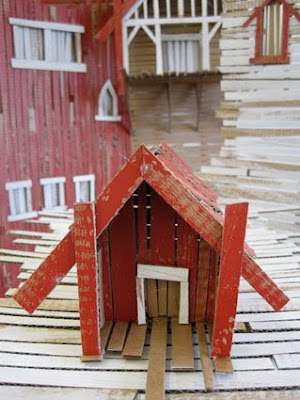 MOTH is very excited by the potential for this project. The staff have worked hard to recreate portions of the Baroness' collections for exhibition at: Taketake Gallery, Whakatane (February - March 2010) and St Pauls St Galleries - Gallery 3, Auckland (April 2010) as part of St Paul St summer sculpture season.
Audience feedback has been encouraging with MOTH being featured in Artnews (Autumn 2010) and on the cover of Artzone (Autumn 2010). The collection has now gone to a number of private collectors but we will endeavour to keep track of the provenance of each individual artefact for future projects. 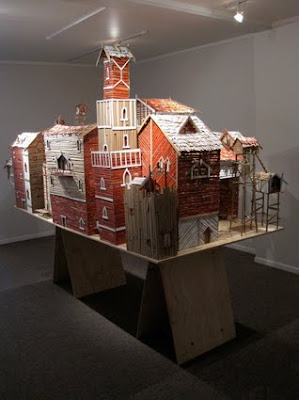 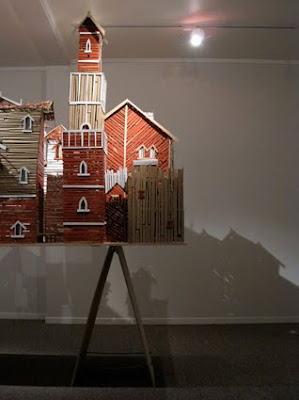 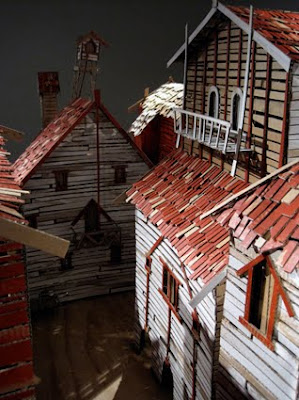 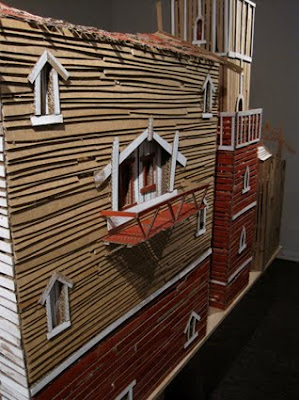 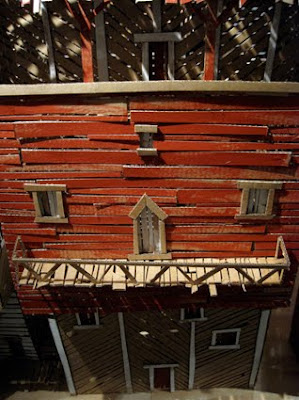 Veneziano - Selvaggi Corte, 2010 (Courtesy of Private Collections and MOTH)
The Baroness Lucia Bianci was born Lucy White sometime in the 1730’s to an English family of meagre holdings. Little else is known about the Baroness’ early years until she appears in official government records as the wife of Joseph Smith the British Consul to Venice, Italy from 1750.
After many years living an affluent lifestyle among the noble class of Venetian society, Mrs Smith was widowed following her husbands tragic death in a fire while on a business trip.
However, never shy of wealthy suitors the widow Smith soon remarried an elderly Italian Baron by the name of Emiliano Scarpa. This union was also destined to be short lived as the Baron died within one year of the nuptials taking place.
Now independently wealthy, the Baroness Lucia Bianci returned to her maiden name and swore off married life. During her years in Italy the Baroness had developed an interest in all things exotic, particularly the tales, images and objects discovered during the recent voyagers of Captain James Cook to the South Pacific. In imitation of many of her contemporary Venetian compatriots the Baroness began commissioning fanciful models and sculptures which brought together a bizarre concoction of Venetian, English and New Zealand Maori forms and iconography.
Little information remains of this collection save a few descriptive passages in a British travellers diary of the day and a single floorplan and elevation held in a private collection in Wales with the inscription ‘Veneziano-Selvaggi Corte – Signorina Bianci’ dated 1790.
The Museum of True History has taken on the daunting task of reconstructing aspects of this intrigueing catalogue including the centrepiece of the Baroness’ collection known as the Veneziano-Selvaggi Corte or Quarter of the Venetian Savage.
Also as part of the collection our talented artists have recreated some cartoons the Baroness commissioned as part of the internal decorative schema of the Quarter 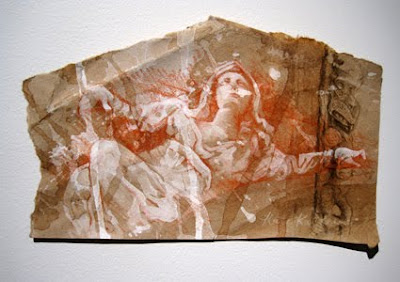 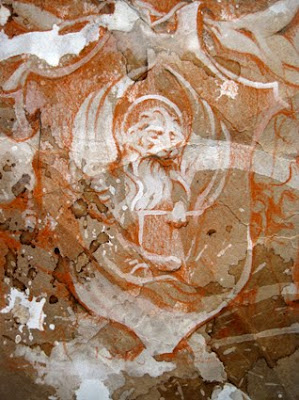 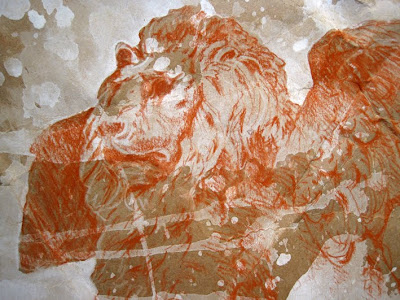 Cartoons for fresco, 2010 (Courtesy of MOTH) 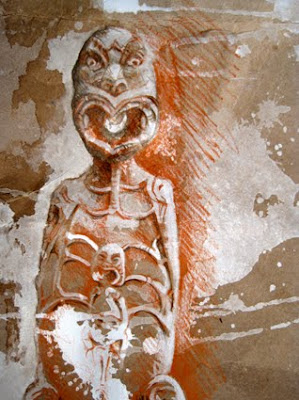 Cartoons for fresco, 2010 (Courtesy of Scott/Rangi Collection)
Posted by Karl Chitham at 7:25 PM